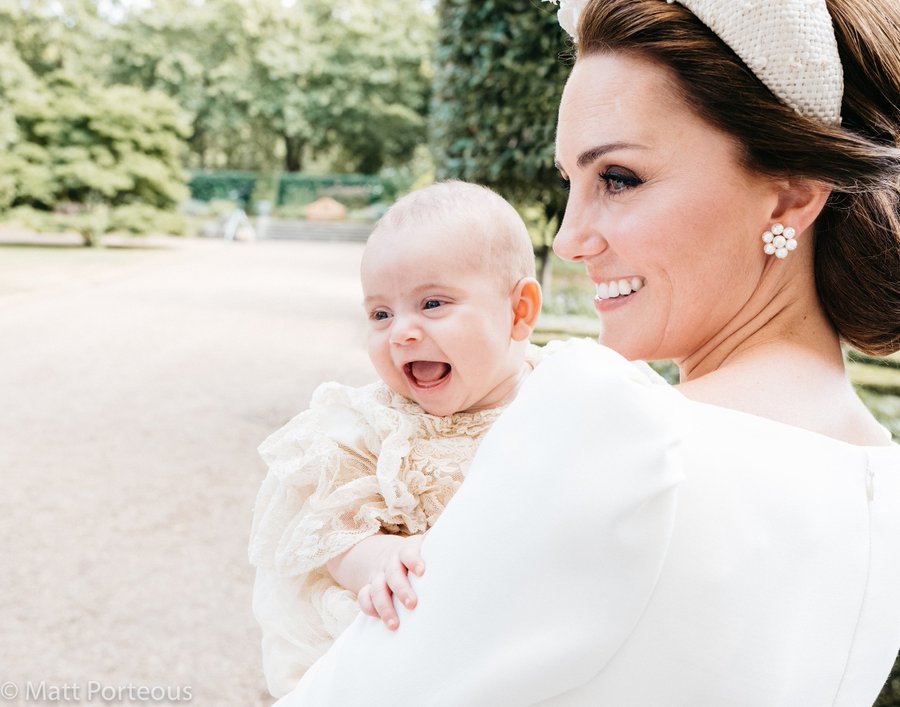 The prince was christened at the Chapel Royal at St. James Palace in front of many members of the royal family on Monday, July 9. The official photographs were taken by Matt Holyoak after the christening. An additional photograph, released on Monday, was taken by Matt Porteous.